was born in Rome, Italy and migrated to Sydney, Australia at a young age. He graduated in 1988 from Newington College in Sydney. In 1989, Claudio worked in the News Department for the Australian Broadcasting Corporation (ABC-Channel 2) as well as on various independent documentary projects. In 1991 Claudio moved to the U.S. and attended the University of Southern California’s Film School. Over the next few years, Claudio produced and directed numerous documentary projects for (PBS.) In 1999 Claudio directed a Television Series for PBS starring Jane Seymour called “Healthy Living.” In the next few years, Claudio was president and CEO of Vertutech, Inc. a technology development company which specialized in creating automated content management systems (CMS) for websites.

In 2016 Claudio formed a multiple new branches of FluidCast Technologies focusing on Virtual Reality and Augmented Reality technologies. FluidCast VR is a new virtual reality production and software development company providing camera rentals, VR/AR post-production facilities and white label VR/AR software licensing. Implied Motion is a VR/AR production company providing content for licensing. FluidCast AR/VR studios is a new studio in El Paso, Texas providing state-of-the-art VR/AR studio facilities.
Some of Claudio’s most recent clients include NASA (The Singularity University) and a Hong Kong based Virtual and Augmented reality educational company. Claudio is currently working on educational VR/AR projects which allow viewers to be scored inside VR/AR lesson plans – based on where they look at points of interest in a 360 videos.

Recently, Claudio has produced numerous videos for Borderplex in El Paso, Texas. He has created a groundbreaking film in virtual reality called “The Wall VR” which was shown on PBS. This film has been shown and won multiple awards around the world including: Canada, United States, Spain, United Kingdom and the Netherlands. 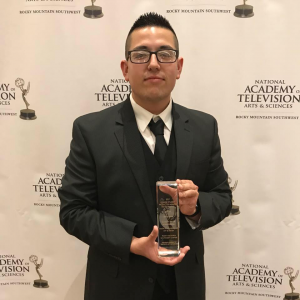 Chris is also the director, co-producer, editor and principal cinematographer for a local PBS show in Oklahoma, “Art of a Cowboy”. Currently, Chris is working on a local documentary in El Paso, “Beyond the Dream”, which follows high school students who tour the east coast Ivy League colleges through the College Mindset Ivy League Program, in hopes of being accepted to these top tier schools. He has also made promotional videos for companies in El Paso, such as Tropicana Properties and Tropicana Homes. He is collaborating with Shine On El Paso as well, creating content to show the best of what El Paso has to offer. This past year, Chris had the privilege of meeting with Tony Romo, to create a feature documentary detailing the life of the former Cowboys quarterback; the project is currently entering post-production. 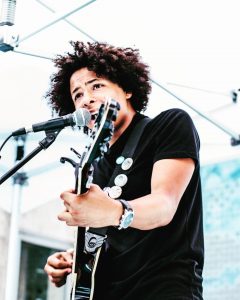 g, *Recording and *Performing all the instruments on his debut album – “My Journey”.

His 7th album, “HEAVEN”, was released in March 2018 and #GoodVibes Summer 2018 Tour which included performances in Toronto, Ontario Canada; NY, NY; Boston, MA; Jamestown, NY; Cleveland, OH; and Dallas, TX. Brandon continues to share his love of music with the community through his annual Benefit Concerts (ROCK 4) and his TEDX Talk “Music Production and The Art of Collaboration”. https://youtu.be/Z31rl4QmMhc 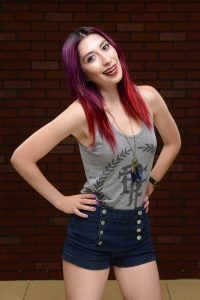 Bixelium Entertainment is a video game studio based in Ciudad Juárez, Chihuahua, Mexico. Born from the interest of a group of young people from the border with the desire to develop creative solutions to companies and the entertainment industry. Its a group who loves to create new things, stop being just a consumer and become a developer fuels each one of us on a daily basis.

Mariana Laguera  is a video game TV host at GamerTag and Ctrl Gamer and Indie game developer. She is a Nintendo fan and loves to play and talk about video games.

Dr. Ivan Gris is an award-winner researcher, developer, and entrepreneur who has been working on virtual reality, augmented reality, and mixed reality for the past 6 years.

His work has been showcased across the globe, where he has given multiple talks and workshops about how to make these visual technologies more interactive and entertaining. The former CEO of Inmerssion was recently appointed as Beacon Hill VR’s chief technology officer, where he works with his development team in building mixed reality applications.

Eric is a career-long creative technologist specializing in motion graphics programming and design. He is a founding partner of By and Large, an award winning creative agency based in Red Bank, NJ.

Prior to that he was the director of creative technology at Havas Worldwide where he entrenched himself with creative teams, creating everything from interactive social games to rapid web-app prototypes to 3-D motion graphics. 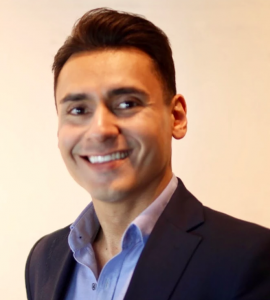 El Paso Shine’s goal -to be THE leading organization in the El Paso area for Inspiring, Mentoring, and Preparing youth who share an uncanny commitment to achieving their goals while promoting their hometown.

Shine on El Paso! is a nonprofit organization whose mission is to inspire, mentor, and prepare the next generation of young entrepreneurs, and civic minded revolutionaries in El Paso, Texas, for the purpose of expanding their intellect, nurture an altruistic heart, and to engage in the civic and business affairs of their hometown as active stakeholders.

To unite and reconcile all types of differences, promote inclusivity, cultural and social equity, and create a NEW IMAGE for El Paso’s communities and the Mexican-American Southwest

To communicate our vision and create programming that promotes a more Positive, Vibrant, and Exceptional El Paso, Texas by forging relationships with individuals and organizations who are highly recognized in their fields who want to learn more about our community and use their influence to help others understand the importance of our city.

Shine on El Paso! is a non-profit entity based in El Paso, TX that is focused on promoting 3 focus points for the city, and its people. Cultural awareness, Education, Community Development.

It;s goals are in line with the City of El Paso Quality of life goals